The Camp that Changed the World - Dilmurad Yusupov
15806
post-template-default,single,single-post,postid-15806,single-format-standard,ajax_fade,page_not_loaded,,qode-title-hidden,qode-child-theme-ver-1.0.0,qode-theme-ver-17.2,qode-theme-bridge,qode_header_in_grid,wpb-js-composer js-comp-ver-5.6,vc_responsive 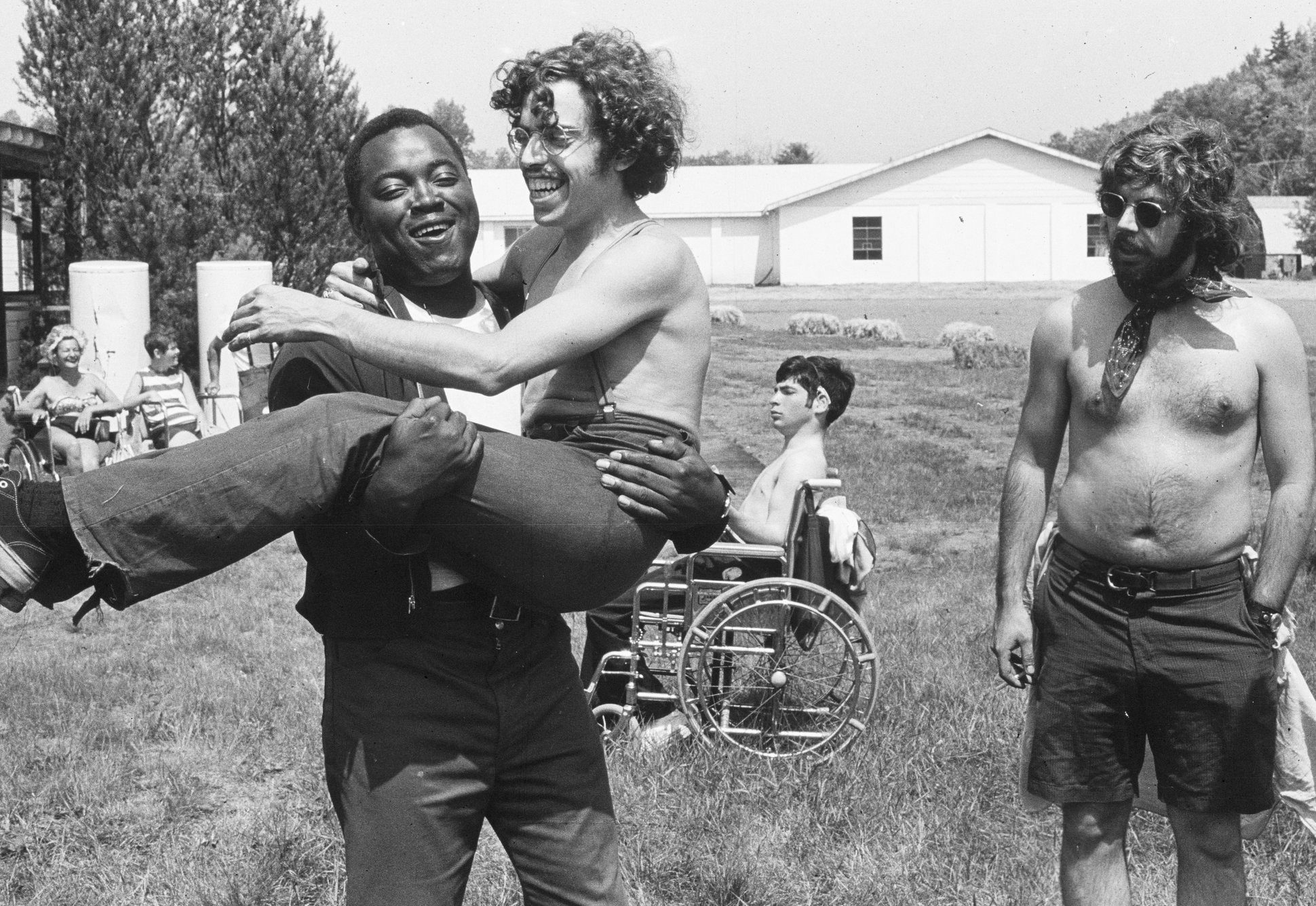 10 May The Camp that Changed the World

– Would you like to see handicapped people depicted as people?

I have finally watched this great documentary Crip Camp: A Disability Revolution (2020) about Camp Jened – a summer camp for disabled teenagers in the state of New York established in 1951 which became a stepping stone for the American disability rights movement in the 1970s. The camp was a result of ‘social experimentation’ where disabled teenagers can be just teenagers without all the stereotypes and the labels put on them by American society before the introduction of disability anti-discrimination legislation.

The whole documentary is permeated with the social model of disability and explicitly shows the process of how disability from an individual problem was made into a political issue in the United States being inspired by the Civil Rights Movement. As one of the camp counselors put it, disabled people had to face the same type of discrimination that black people faced: ‘Whatever obstacles that were in my way being a black man, the same thing was held true for individuals in wheelchairs.’  Disabled people had to deal with the staring in the society which was not accessible and discriminatory towards them and faced this issue in the public spaces: ‘We don’t want them here because they make our other customers feel uncomfortable!’

‘I had to try to adapt. I had to fit into this world that wasn’t built for me.’ – Jimmy Lebrecht

Camp Jened was empowering experience for young disabled people as they could find a community where they can share their common negative experiences which enabled them to build a collective disability identity. They talked explicitly about how their parents are overprotective about them, they learned first skills of independent living thanks to the personal assistance of counselors, they learned how to kiss and fell in love for the first time in their lives, they talked about the right of privacy and

‘A lesson on how to kiss was one of the best physical therapies I have ever had.’ – one of the Camp Jened residents with CP (cerebral palsy).

The second part of the documentary is about disability agency and a courageous fight for the rights of disabled people in the U.S. After the awakening and gaining a critical consciousness that they are not considered either a man or woman and just thought of as handicapped or merely sick, Camp Jened residents went to the barricades under the leadership of Judith Heumann. The disability rights activists used all possible strategies: blocking the streets in Manhattan to protest President Nixon’s veto of the Rehabilitation Act of 1972; occupying federal buildings in Washington D.C. to push the government to issue long-delayed regulations regarding Section 504 of the Rehabilitation Act of 1973 and other revolutionary tactics.

‘It was an awakening that people saw me not as Judy, but as somebody who was sick.’ – Judith Heumann

The documentary covers almost all the problems that any disability rights activist should raise awareness and take action: hierarchies of disabilities and the need of cross-disability movement, sex and reproductive health of disabled people, the importance of personal assistance and the philosophy of independent living centres, the harm of institutionalisation of disabled children exposed by the 1972 television broadcast from the Willowbrook State School, titled Willowbrook: The Last Great Disgrace.

‘The polios were on top because they looked more normal and the CPs (cerebral palsy) were at the bottom. At Jened you were just a kid.’ – Denise Jacobson

Finally, the American disability revolution sparked by the Crip Camp shows us that any adopted disability legislation will not work and remain on paper if disabled people themselves do not enforce and use their civil rights enshrined in the anti-discriminatory legislation. The struggle for disability rights and equality and the achievement of the Camp Jened teenagers is a great primer for other disabled activists around the world that everything is possible with persistence and the never-ending fight for social justice. Therefore, we need to translate this documentary into many languages including Uzbek to make it accessible for wider audiences and learn from the Crip Camp success.

‘The ADA [the Americans with Disabilities Act] was a wonderful achievement. But it was only the tip of the iceberg. You can pass a law but until you can change society’s attitudes, that law won’t mean much.’ – Denise Jacobson