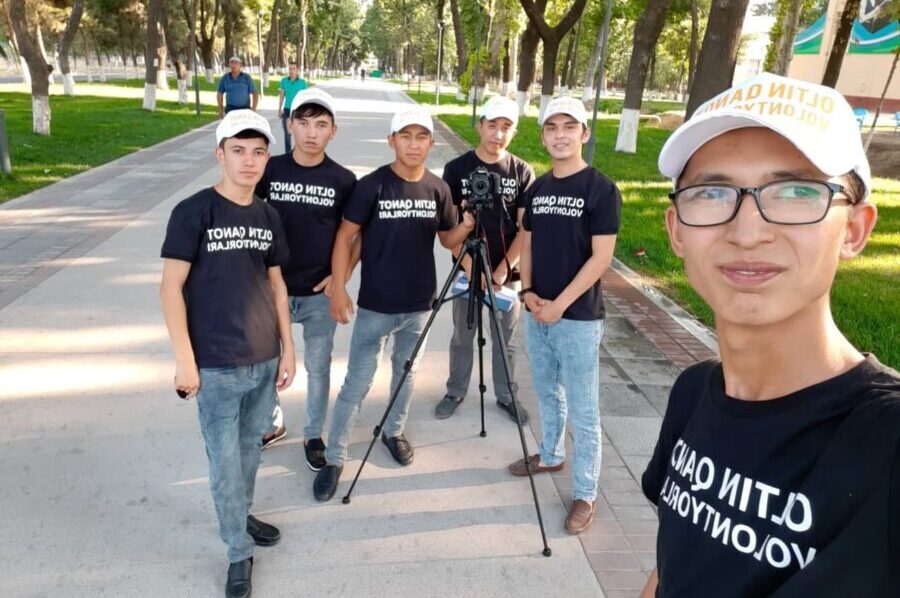 25 Feb Required or intentional bureaucracy in registering NGOs in Uzbekistan?

On February 15, the Minister of Justice Ruslanbek Davletov spoke with the local media representatives about the Ministry’s activities in 2020 and answered questions about the registration and regulation of NGOs in Uzbekistan. The founder of the NeMolchi.uz project against violence, Irina Matvienko, asked the Minister about NGOs’ registration and noted that registration of self-initiative and independent organisations is still problematic.

According to Irina, only organisations that “are directly related to the authorities or created by presidential decrees are registered very quickly. Civil initiatives still receive a lot of rejections, and the rejections are related to some minor mistakes.”

She said that she herself had tried several times to register NGOs, and at the first consideration of the constituent documents, the registering authority did not indicate all the mistakes at once. On the fourth refusal, she was openly informed that even if all the documents were in order, the organisation would still not be registered, Matvienko said. Such bureaucratic requirements and obstacles in registering NGOs in Uzbekistan were analysed in detail in my last year’s article “Registration impossible to reject” and “Why it is difficult to register NGOs in Uzbekistan?” at Cabar.asia.

Dr Leonid Khvan, Candidate of Juridical Sciences, in his thorough analysis based on the real cases of numerous refusals to register NGOs in Uzbekistan, noted that the current procedures for registering NGOs violate the provisions and principles of the Law on Administrative Procedures in the Republic of Uzbekistan.

Recently, Yuliy Yusupov, an economist and director at the Center for Economic Development also has written a Facebook post titled “Reforms or Imitations?” where he described how his initiative group failed to register an NGO in 2019 after the endless return of applications documents:

“Despite all the renaissances, nothing has changed in the registration of NGOs: the same absolute non-transparency, bureaucratic arbitrariness and the rule of the principle “to be on the safe side.” The sphere of registration of NGOs is a good “litmus test” of whether the government is ready for real changes in our political and legal system, whether it wants to promote the development of civil society and civil initiative, or whether it will be limited to a teeming imitation of reforms.”

Mr Davletov acknowledged that some bureaucratic obstacles remain, but he pointed out the recent tendency in ‘liberalisation of legislation’ regulating NGOs, removing some burdensome requirements (e.g. coordination of all activities of NGOs), reductions of state fees. He also mentioned that the Code on NGOs was still being developed, although the draft version of it should have been presented by 1 August 2020 based on the National Strategy on Human Rights. The Minister also said that the justice authorities need to sift through the application documents, and there is a lot of fraud and dishonest people who should be checked for the previous criminal record.

“There is a bureaucracy, yes, definitely, I admit it, but this is a required bureaucracy … Should not we check these people?! Who is this persons? Convited or not convicted? There are specific public interests here, which we must definitely look at,” – said the Minister of Justice.

After such surprising answers from Mr Davletov, I wrote an op-ed at Gazeta.uz (in Russian and Uzbek) “Required or intentional bureaucracy? Regulation of civil society in Uzbekistan?” on 17 February. In the article, I questioned:

The Ministry of Justice reacted to my op-ed on 18 February (in Uzbek), indicating that when registering an NGO, “there can be many grounds for refusal” and “all of them are specified in the legislation”. The Ministry also stated that in my article, “some points are exaggerated by subjective judgments to draw attention to the topic,” as if I have nothing else to do really. Moreover, the highly respected justice officials said that ‘one needs to be an informed person in many areas of legislation in the field of NGOs since it is not enough to know only the basic provisions of the law’ such us the law on NGOs and the Resolution of the Cabinet of Ministers from 2014.

However, they failed to indicate which legal documents should I be aware of?! Or are these documents also strictly confidential and are not accesible to for the eyes of ordinary mortals?

Importantly, after three GONGOs, including the Women’s Committee of Uzbekistan, the Nuroniy Fund, the Mahalla Fund and several other NGOs were merged into the Ministry for Support of Mahalla and Family last year in April, the total number of NGOs in the republic should have decreased considerably. Surprisingly, it did not happen! Last year I tried to understand analytically whether the absolute number of about 10,000 NGOs is a big number for the most populous nation in Central Asia (about 34 million people). You can see the diagram below.

Recently, I have been writing a lot about the self-initiative group Youth Volunteer Center “Oltin Qanot” (Golden Wing), who already received 20 rejections (!) to register their NGO in Tashkent city. The Ministry provided a very formal reply indicating that the organisation’s Charter did not comply with the norms of the existing legislation and that the group failed to correct the mistakes in the application documents. But if you look at the chronology of all rejections they received from November 2018 until the present (in Russian), it will become clear that with each new submission, the justice authorities are finding new mistakes.

Young students at the National University of Uzbekistan are not legal experts on NGO Charters and therefore a sample NGO Charter would be very heplful for them and allow to minimise the mistakes in the application documents. But the Ministry of Justice is not making such sample documents available to the public.

At the same time, it is astonishing to see that the Association of Volunteers of Uzbekistan was registered in one go! Why “Oltin Qanot” should receive 20 rejections and spend more than 2 years, and the Association registers so quickly after their first submission? Maybe they have extremely professional lawyers and legal experts on NGO Charters? An anonymous commenter told me that the reason for their quick registration lies in their founding members:

In other words, all these founder organisations are GONGOs, and thus the new Association of Volunteers of Uzbekistan is another GONGOs that is strictly controlled and monitored by the government. As a result, such grassroots self-initiative groups like “Oltin Qanot”, which do not have powerful state-linked guarantors among GONGO, will continue receiving 30, 40, 50 or even 100 rejections to register their volunteer organisation. San’atbek – the leader of “Oltin Qanot”, told me in a private conversation that they will continue submitting documents and never lose their deep motivation to help vulnerable people in Uzbekistan! ✊🏼