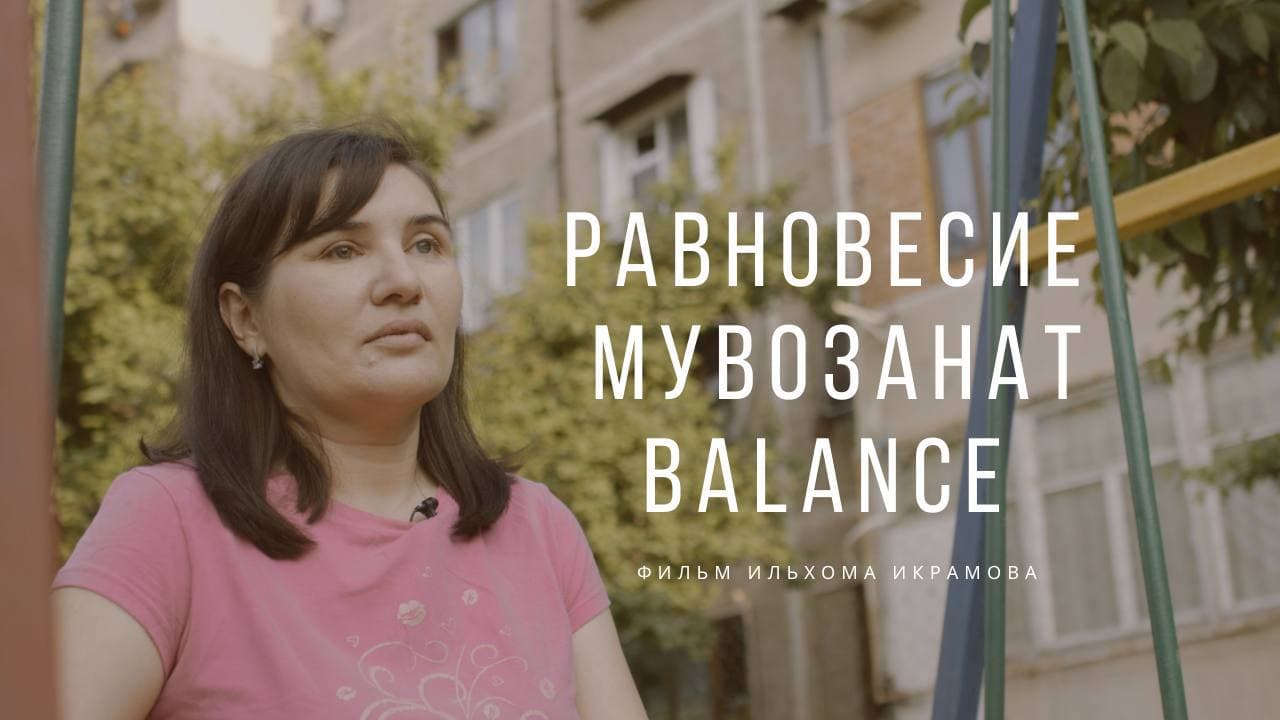 12 Oct “It won’t hurt too much once you accept who you are,” – Surayyo Mukhamedova

The other day I watched a documentary film by a novice documentary filmmaker from Tashkent Ilkhom Ikramov. The author of the idea and director Ikramov wrote that the film “Balance” is ‘a documentary about overcoming difficulties, acceptance, and dreams.’  Surayyo Mukhamedova, a woman who lost her vision during pregnancy, is the heroine of the film. On 17 April 2021, “Uzbekistan with a female voice”  invited her to a webinar (in Uzbek) on how disabled women see Uzbekistan. We don’t talk much about disabled girls and women although they face double discrimination in society on the basis of both gender and disability. The “Balance” is a great continuation of the conversation we started earlier this year.

Video: Webinar recording “Uzbekistan through the eyes of disabled women”

Blindness has changed her life drastically as Surayyo had to quit her job as an English language teacher at the Lyceum of Oriental Studies. She also had to stop her graduate studies in English philology at the Tashkent State University of World Languages. Her husband left her with two kids. Surayyo doesn’t blame him for that as she says she was not blind when he married her. Being a blind person she understood how difficult it is to find a decent job for a disabled person in Uzbekistan.

Despite all the hardships, Surayyo found the power within herself to overcome them. It is not a film about overcoming disability but about the struggle with the negative attitudes, prejudices and stereotypes about disabled women prevalent in Uzbek society as well as the ongoing fight with the environmental barriers and the hostile city. The main message Surayyo conveys through her life story is mentioned at the end of the film:

“I think there will always be resentment. Not only on yourself but on the whole world. It’s always like that…When you see and suddenly don’t. There is a huge resentment. You know, each one has his/her time. Some people need just one day, or a month, some people need years and years to get used to it. It all comes with time. A person has to accept his/her condition. You can’t put an end to yourself, just accept it…To accept who you are during a particular period of time. It won’t hurt too much once you accept it…“, – Surayyo Mukhamedova.

Watch the film below in Russian with English and Uzbek subtitles:

Special Thanks: Shavkat Yarmukhamedov and Uzbek Association of the Blind.